We have 53 guests and no members online

Hollywood actor and the father of Angelina Jolie, Jon Voight, has shared a video on social media promoting a pro-Trump conspiracy theory about the US election result.

The 81-year-old, who is an outspoken supporter of Donald Trump, shared the video late on Tuesday where he called the election a sham and a lie because Joe Biden had won.

Voight says that he is "disgusted with this lie that Biden has been chosen as if we don't all know the truth" and seemingly adding a threat to the people that celebrated Biden's being named as president-elect on Saturday.

There will be a price to pay. The ones who are jumping for joy now are jumping toward the horror they will be in for. I know the promises being made from the left to the American people will never come to be.\

He then goes on to reference the American civil war and Satan and calls members of the left 'evil' and has a desire to 'tear down this nation.' 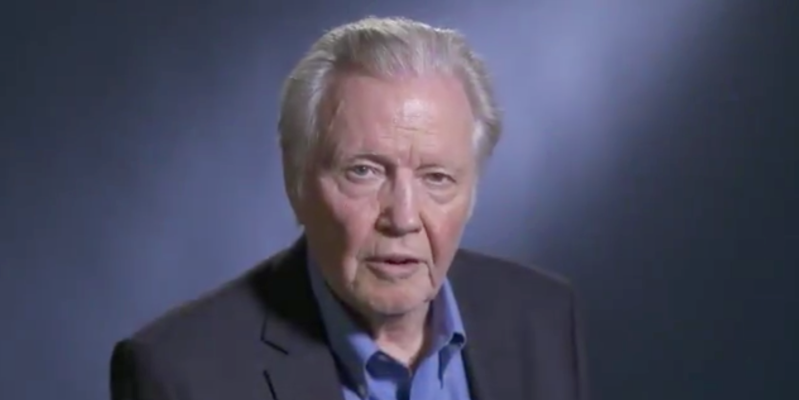 My friends from all colors, races and religions, this is now our greatest fight since the civil war or the battle or righteousness versus Satan because these leftists are evil, corrupt and want to tear down this nation. We must not allow this. We must fight this corruption that has taken over and fight for the good that seems lost.

Voight then goes on to talk about the voter fraud that the Trump administration has been touting, without any evidence, and for Trump supporters to put their faith in God.

Let us give our trust to God and fight now for Trump's victory because we all know that this ballot count is corruption like they are so let us not back down. Let us fight this fight as if it is our last fight on Earth.

He ends by quoting the great boxer and civil rights activist Muhammad Ali.

As Muhammad Ali said 'it's not over until the last punch you have.'

It's unclear what Voight means when he is encouraging others to 'fight' but he did add a caption to the video reading 'we all know the truth.'

Voight has been a passionate supporter of Trump for many years, previously calling Trump the greatest president since Abraham Lincoln. He has also said that 'racism was solved long ago' in a defence of the president and that efforts to impeachment the president were 'evil.'

His daughter, Angelina Jolie has had a tumultuous relationship with her father but they have begun to make amends with each other in recent years and have found a common ground in the arts. That being said, the two have vastly different political ideologies. Speaking to the Hollywood Reporter in 2017 she said:

We're finding a new relationship...We've had some difficulties, [but] through art we've been able to talk. It's the common language.

The Trump administration has so far refused to recognise the results of the election and that Biden is now the president-elect claiming that the Democrats committed voter fraud in the states that Biden successfully flipped. Despite this, Trump's team have thus far been unable to produce any evidence of fraud and have already had several legal cases dismissed.