We have 89 guests and no members online

A member of the Buckingham Palace household has resigned and apologised after a black guest at a reception hosted by the queen consort was left feeling traumatised and violated after allegedly being questioned repeatedly by a royal aide about where she was from. 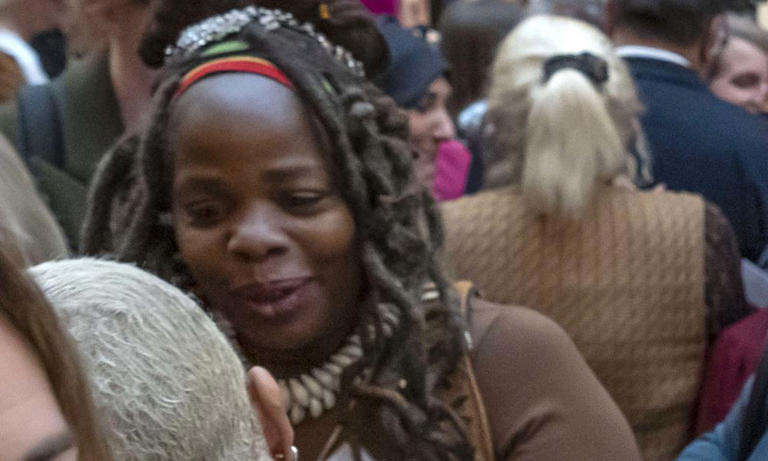 Ngozi Fulani, the founder of the charity Sistah Space, which provides support for African and Caribbean heritage woman affected by abuse, claimed the aide moved her hair to reveal her name badge. She was then persistently questioned over where her “people” came from, despite having said she was a British national.

The encounter, which took place on Tuesday at a violence against women and girls reception, was witnessed by two other women, Mandu Reid, the leader of the Women’s Equality party, who is of mixed-race heritage, and another black female charity representative.

Buckingham Palace launched an immediate investigation, describing the remarks as “unacceptable and deeply regrettable”. The aide concerned has offered her “profound apologies” for hurt caused and has resigned her honorary position with immediate effect.

Fulani wrote on Twitter: “Mixed feelings about yesterday’s visit to Buckingham Palace. 10 mins after arriving, a member of staff … approached me, moved my hair to see my name badge. The conversation below took place. The rest of the event is a blur.”

She then described the conversation:

Aide: Where are you from?

Aide: No, where do you come from?

Me: We’re based in Hackney.

Aide: No, what part of Africa are YOU from?

Me: I don’t know, they didn’t leave any records.

Aide: Well, you must know where you’re from, I spent time in France. Where are you from?

Aide: NO, but what Nationality are you?

Me: I am born here and am British.

Aide: Oh I can see I am going to have a challenge getting you to say where you’re from. When did you first come here?

Me: Lady! I am a British national, my parents came here in the 50s when …

Aide: Oh, I knew we’d get there in the end, you’re Caribbean!

Me: No Lady, I am of African heritage, Caribbean descent and British nationality.

Buckingham Palace said: “We take this incident extremely seriously and have investigated immediately to establish the full facts. In this instance unacceptable and deeply regrettable comments have been made. We have reached out to Ngozi Fulani on this matter, and we are inviting her to discuss all elements of her experience in person if she wishes.

“In the meantime, the individual concerned would like to express her profound apologies for the hurt caused and has stepped aside from her honorary role with immediate effect.

“All members of the household are being reminded of the diversity and inclusivity policies which they are required to uphold at all times.”

Replying to messages of support, Fulani tweeted: “I think it is essential to acknowledge that trauma has occurred and being invited and then insulted has caused much damage.

“Yesterday made me realise an ugly truth which I am still trying to process.”

She wrote: “There was nobody to report it to. I couldn’t report it to the Queen Consort, plus it was such a shock to me and the 2 other women we were stunned into temporary silence. I just stood at the edge of the room, smiled & engaged briefly, with those who spoke to me until I could leave.”

She added: “It was such a struggle to stay in a space you were violated in.”

Reid was one of two people who witnessed the encounter, and said it left them “shell-shocked”. She described the encounter as “almost like an interrogation”.

She added: “We were pretty stunned. I couldn’t believe I’d been invited to this reception. I was there to celebrate people who work towards ending violence against women and girls. We are guests. We’re not trespassers. We were made to feel in a way like trespassers.

“It was pretty shocking, because we didn’t feel welcome. We didn’t feel that we belonged. We felt our legitimacy in a way was challenged and questioned. It’s the last thing I’d expect when I have been invited.”

Reid also suggested the palace could benefit from the sort of “cultural competency training” that “Sistah Space are known for”.

“You can’t, on the one hand, wang on about the Commonwealth and embracing the Commonwealth family, and yet people like us, the three of us, are treated as if we don’t belong. It is an institutional racism that creeps into that institution if they won’t push back when these things happen in the nation,” she said.

“They have to take responsibility for it. And, this is the palace. They’ve got to show leadership. Not only in their own realm, but they have to take leadership for the country and for the Commonwealth they claim to preside over,” she added, before requesting “an apology, and an acknowledgment”.

She said: “It’s about the culture within the institution of the royal family. We’ve got a new king now who has a chance to actually signal that he wants to do something better, to do something different. That’s what I’d hope to see.”

Fulani said of the aide’s resignation: “It’s tragic for me that it has ended that way. I would have preferred that she had been spoken to or re-educated.” She said it brought her no comfort that she had resigned.

Asked if she thought the woman’s views reflected more broadly on the palace, Fulani said: “I cannot comment on that at this stage, I am still processing what happened. There are issues of racism in many institutions that need to be reviewed. And changes definitely need to happen.”

It is not the first time the royal institution has faced claims of racism. In their interview with Oprah Winfrey, the Duke and Duchess of Sussex made claims of racism against the family, which were denied by Prince William.