We have 51 guests and no members online

Niece of Iran’s Supreme Leader Ayatollah Ali Khamenei was arrested last week after she called on foreign governments to cut all ties with Tehran over its violent crackdown on a popular unrest caused by the death of a young woman in police custody. 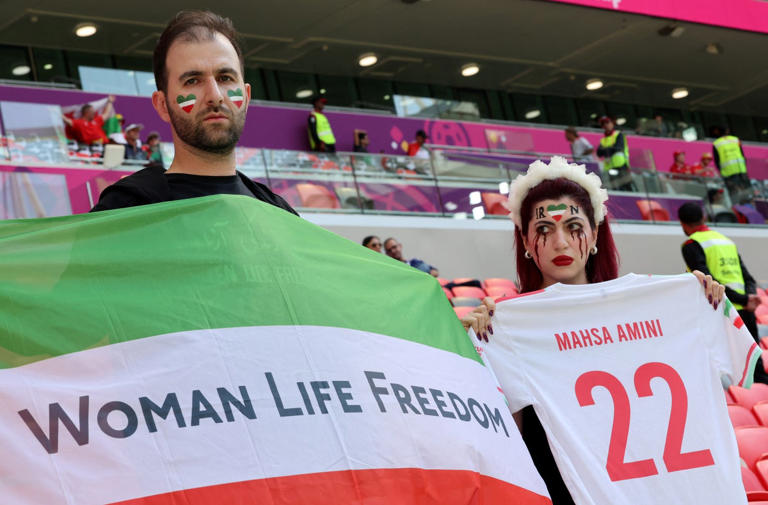 In a video statement shared by her brother prior to her arrest, Farideh Moradkhani, a well-known rights activist, asked the leaders of other nations “stop any dealings with this regime”.

"O free people, be with us and tell your governments to stop supporting this murderous and child-killing regime," Ms Moradkhani said in the video. "This regime is not loyal to any of its religious principles and does not know any rules except force and maintaining power."

“Now in this critical moment in history, all of humanity is observing that Iranian people, with empty hands, with exemplary courage and bravery are fighting with the evil forces,” she said. “At this point in time, the people of Iran are carrying the burden of this heavy responsibility alone by paying with their lives.”

Mr Khamenei’s office has not issued a statement so far.

Her brother, Mahmoud Moradkhani, who presents himself as “an opponent of the Islamic Republic” on Twitter, reported on 23 November that Ms Moradkhani was arrested as she was heeding a court order to appear at the Tehran prosecutor’s office.

According to the activist website Hrana, she was taken to Tehran’s Evin security prison and faces a15-year prison sentence on unspecified charges.

Her father, Ali Moradkhani Arangeh, was a Shi’ite cleric married to Mr Khamenei’s sister and recently passed away in Tehran following years of isolation due to his stance against the Islamic Republic, according to his website.

Iran has been observing a series of protests sparked by the death of 22-year-old Kurdish-Iranian woman Mahsa Amini, after she was arrested for inappropriate attire. The demonstrators are now posing one of the strongest challenges to the country’s clerical establishment since the 1979 Islamic Revolution.

According to Hrana, as of 26 November, about 450 protesters have been killed in the two month’s long unrest, including 63 minors. About 60 members of security forces have also been killed, it said, adding that the authorities have detained 18,173 people.

Jalal Mahmoudzadeh, a member of parliament from the mainly Kurdish city of Mahabad, yesterday said that as many as 105 people had been killed in Kurdish-populated areas during the protests.

Additional reporting from the wires: Reference: Story by Namita Singh •