We have 159 guests and 2 members online

Alexei Navalny has been moved to a medical facility to be treated for a possible respiratory illness and has been tested for Covid-19, a Russian newspaper has reported.

Mr Navlny, a prominent critic of Vladimir Putin and the Kremlin, had said earlier that he had a high temperature and bad cough.

The 44-year-old said three of the 15 inmates in his Russian prison ward were being treated in hospital for tuberculosis and joked darkly that catching the disease might offer him relief from his other ailments.

"If I have tuberculosis, then maybe it'll chase out the pain in my back and numbness in my legs. That'd be nice," he wrote on Instagram.

The Izvestia newspaper later carried a statement from the state penitentiary service saying Mr Navalny was moved to the prison colony’s sanity unit after a checkup found he had "signs of a respiratory illness, including a high fever”.

The report did not say where the sick ward was, but one of his lawyers said it appeared to be within the IK-2 corrective penal colony 60 miles east of Moscow where he was being held, the TV Rain outlet reported.

Mr Navalny had been arrested in January after he returned from Germany, where he spent five months recovering from a nerve-agent poisoning he blames on the Kremlin. Russia has denied the accusation. 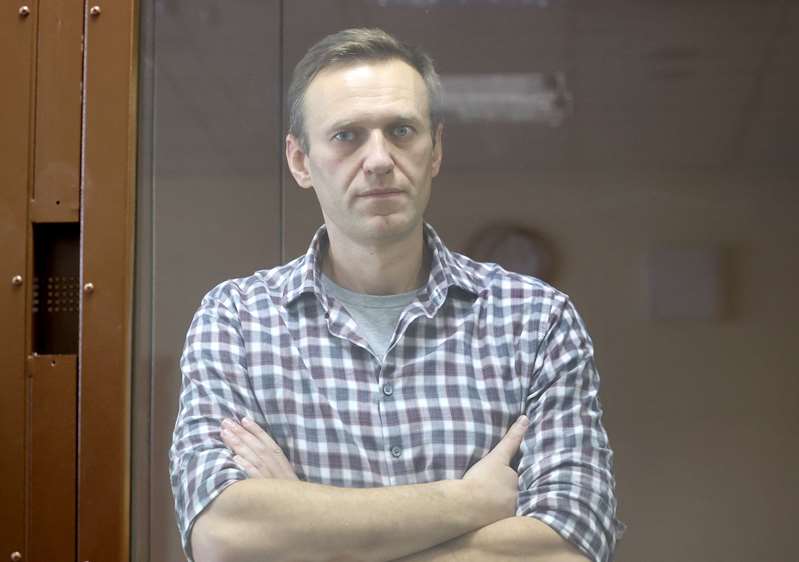 In February, he was sentenced to two and a half years in prison for violating the terms of his probation while convalescing in Germany. The sentence stems from a 2014 embezzlement conviction Mr Navalny has rejected as fabricated, and which the European Court of Human Rights has ruled to be unlawful.

Mr Navalny’s team say he had lost a substantial amount of weight even before he launched a hunger strike on Wednesday to protest the authorities’ failure to provide proper treatment for his back and leg pains.

He complained about prison officials’ refusal to give him the proper medications and to allow his doctor to visit him. He also complained about the hourly checks a guard makes on him at night, saying they amount to sleep deprivation.

"There is a real prospect that #Russia is subjecting him to a slow death. He must be granted immediate access to a medical doctor he trusts and he must be freed," she tweeted.