The targets included judges who handled proceedings between Leonard Warwick and his former wife and a church connected to her. Although Warwick was considered a suspect early in the investigation, he wasn’t arrested until 2015, two years after a blood sample from a crime scene was matched to his DNA.

"The conduct of the offender was calculated, violent and hateful,” Garling said.

“A sustained period of violence aimed at an Australian court and its judges solely in retribution for those judges properly executing their obligations and functions in peacefully adjudicating disputes in accordance with the law cannot be viewed as anything other than an attack on the very foundations of Australian democracy,” he added.

The judge had convicted Warwick in July of the shooting murder of a judge, two bombing murders, including one that killed a judge’s wife, and other offenses. Warwick was found not guilty in the shooting death of his brother-in-law, Stephen Blanchard. 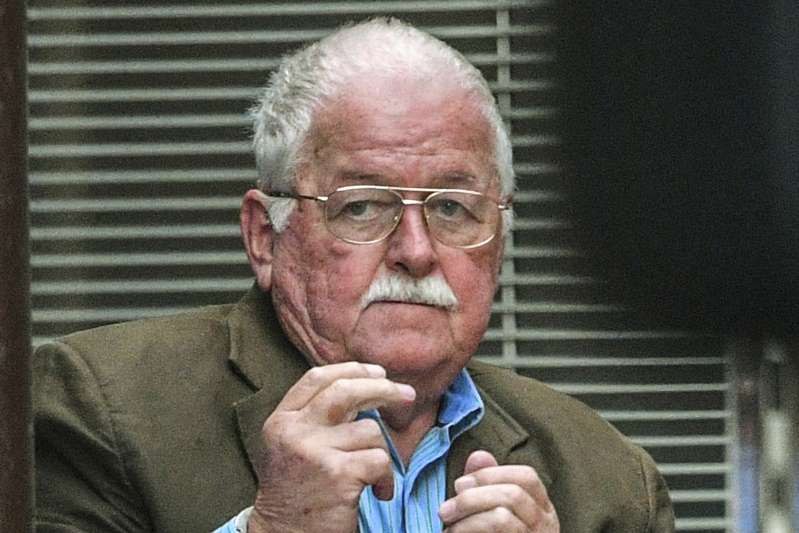 The 73-year-old Warwick had pleaded not guilty to all charges. His lawyer, Alan Conolly, had argued there was not “a scintilla of acceptable evidence” that his client had committed extreme violence at any time in his life.

Prosecutor Ken McKay contended at his trial that the crimes were “inextricably linked” to drawn-out Family Court proceedings involving Warwick and his ex-wife, Andrea Blanchard, which ran from 1979 to 1986.

Blanchard testified that Warwick said Family Court Justice David Opas “won’t be there much longer,” weeks before Opas was fatally shot at his home in 1980.

Justice Richard Gee took over the case, also making numerous orders against Warwick. Gee’s home was bombed in 1984, as was the Family Court registry building where Warwick’s cases were heard.

The home of Justice Ray Watson, the third judge to issue orders against Warwick, was then bombed, killing his wife, Pearl.

Prosecutors said those incidents were “book-ended” by violent events related to Warwick’s former wife — the shooting of her brother and a car bomb at the previous home of her lawyer.

Garling acquitted Warwick of charges of murdering his brother-in-law, whose body was found weighted with bricks in a creek after he went missing in 1980.

The final crime was a bomb that ripped apart a Jehovah’s Witnesses hall, killing minister Graham Wykes and injuring 13 other members of the congregation, which had offered support to Warwick’s former wife.

Wyke's widow Joy Leland said outside court that she was “pleased” with the sentence.