We have 74 guests and no members online

North Korea is preparing to test-fire a submarine-launched ballistic missile, according to a report.

The agency cited an unnamed South Korean military source in their report who stated that the test might take place next week on Wednesday and Thursday in the South Hamgyong Province of North Korea.

Earlier this week, some US-based think tanks also said that North Korea could be preparing to conduct a submarine-launched ballistic missile test.

New satellite imagery revealed new construction and barges at the Sinpo South Shipyard on the east coast of the country, which is critical to North Korea’s new ballistic missile submarine (SSB).

According to reports, six news barges and vessels were detected gathered around the submarine construction hall which was not previously present, according to the 38 North, a programme of nonpartisan think tank Stimson Centre which monitors North Korea.

The images were taken on Sunday (18 September).

It said the new development suggests that “North Koreans are preparing to launch a new submarine” from the shipyard - where Kim Jong-un visited in 2019. 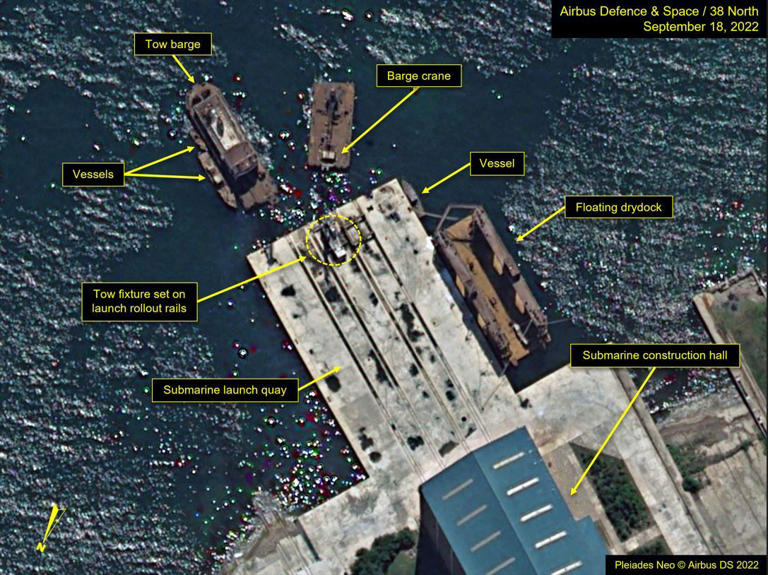 “While barges and a dry dock have been occasionally observed around the submarine launch quay at the main construction hall, the presence of six vessels and barges in this area has not been observed before,” the report said.

However, these new barges were not present in the 12 September imagery taken by another think tank Center for Strategic and International Studies.

The CSIS’ Beyond Parallel report found new construction in maintainance hall and in the secure boat basin area, but said “no significant activity is observed indicating imminent preparations” for anticipated launch.

“However, North Korea maintains the capability to undertake any of these actions on short notice should Kim Jong-un decide to do so,” it added.

From news to politics, travel to sport, culture to clima