We have 49 guests and no members online

A pipe bomb in Pocatello?“We were like, ‘Holy s***,’” says Manu. He hit the gas and screeched up winding mountain roads outside of town. “I thought maybe [the victim] was missing a leg or something. That is what it sounded like.”At the home of Dr Mansfield and his family, he found a frightening scene. On the driveway, just outside the sprawling timbered house, the family’s dog, Kasey, was dead. Inside the home, Canyon Mansfield, 14 years old, the youngest of three children, was sobbing. His head was pounding and his eyes were burning – he needed to go to the emergency room.Manu soon pieced together the story.

While playing in the woods behind the family home, Canyon and his dog had stumbled upon a strange device that sprayed them in the face with a dose of of sodium cyanide. The boy managed to quickly clean the poison out of his eyes, but the dog collapsed and started convulsing. As Kasey lay dying on the hillside, Dr Mansfield had wanted to give Kasey CPR, but Canyon told him that if he did, he’d ingest the deadly stuff himself.It didn’t take detective Manu and his team of investigators long to uncover how it got there.

The so-called cyanide bomb was not the work of some rogue actor or terrorist cell. It had been installed by a federal employee on official business.“The United States government put a cyanide bomb 350ft from my house, and killed my dog and poisoned my child,” said Theresa Mansfield, Canyon’s mother.More than three years later, she and her husband are in the midst of a legal and political campaign to hold the government accountable and ban the use of cyanide bombs nationwide. “I’m after justice,” she said.If you haven’t heard of the US agency that placed the bomb, you’re not alone.Its name is Wildlife Services, and for years it has operated in relative obscurity, with limited oversight from Congress or the American public.

Housed in the Department of Agriculture, the agency primarily works on behalf of private ranchers and farmers, killing coyotes, wolves, bears, birds and other creatures that cause problems for agricultural interests. In 2018, it exterminated nearly 1.5 million native animals, and a huge number of invasive animals as well.Sometimes its agents shoot wolves or coyotes from helicopters. Sometimes they employ leg traps and snares. And sometimes they place poison devices on public and private land. M-44s, also known as “cyanide bombs”, are baited and spring-loaded tubes that spray an orange plume of cyanide powder when triggered. 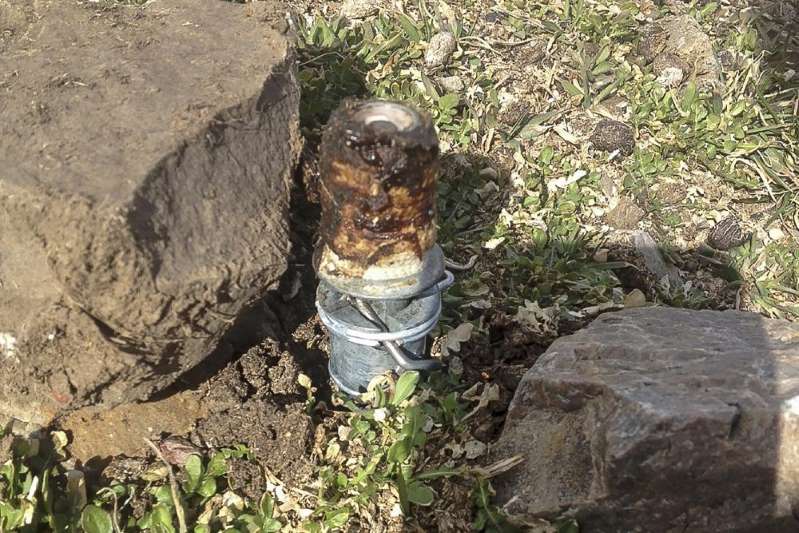 Aimed at coyotes and other canids that predate livestock, they killed 6,500 animals in 2018 alone.Congressman Peter DeFazio of Oregon, a long-time critic of Wildlife Services, has described the agency as more secretive than the Department of Homeland Security.“I served on the homeland security committee for a decade, and Wildlife Services, so called, is more opaque than some of our intelligence agencies,” said DeFazio. “Basically, in some cases, it is rogue.” He said that the agency, which has a century-long history and roughly 2,000 employees, is highly decentralized. State offices like the one in Idaho basically “run themselves”, with little transparency or accountability to elected officials in Washington.Even local law enforcement agencies are sometimes unaware of the extent of the agency’s activities in their jurisdictions.

“I am telling you, I was in the total dark,” said Lorin Nielsen, the longtime sheriff of Bannock county, whose team of detectives responded to the Mansfield poisoning. “I had no idea [Wildlife Services] existed and why they existed and it still boggles me.” He said he was never notified that the agency was placing cyanide bombs in his community, or that such a thing even existed.Supporters of the agency include influential agriculture organizations. The American Sheep Industry Association has called the M-44 a “critical tool” that has a “proven track record of protecting livestock and the environment”.Wildlife Services declined to comment on the Mansfield case to the Guardian, and the agency only provided a link to a webpage in response to numerous questions concerning M-44s. In the past the agency, has said that it is committed “to safe and responsible use of these devices”.

But a chorus of critics says the use of cyanide bombs, and the agency that administers them, is out of control.Theresa Mansfield is still furious about what Wildlife Services did to Canyon and Kasey, and takes every opportunity to make her feelings known.On a late afternoon last September, she hopped behind the wheel of her white SUV, drove into downtown Pocatello, and parked in front of a squat, nondescript brick building called the Pocatello Supply Depot. The building’s unassuming name belies its purpose.Equipped with security cameras and surrounded by barbed wire fencing, the facility is a federally owned warehouse and the key producer of M-44s in the US. The trapper that placed the devices behind the Mansfield family home, at the behest of a sheep rancher, regularly ordered sodium cyanide capsules from the depot, according to records reviewed by the Guardian.

After arriving at the supply depot that day, Theresa Mansfield got out of her car and marched to the building’s front door. Just then, a man in jeans and boots appeared from around the corner and approached the depot entrance. Before he could get inside, Mansfield confronted the stranger and offered him a piece of her mind.“You here to pick up cyanide bombs?” she asked the man, who seemed taken aback by the question.The man smiled awkwardly, laughed, and said yes.“Don’t kill anyone,” Mansfield replied.Again, the man laughed nervously.

“I’m serious,” she said, her voice rising. “You killed my dog and you almost killed my kid!”The man hurried into the depot without uttering another word.Ever since the poisoning, the Mansfields have waged a crusade of sorts against Wildlife Service and its killing practices, including filing a lawsuit against the agency in federal court in Idaho. They are seeking monetary damages, a public apology – and above all else, a ban on “cyanide bombs” nationwide.Wildlife Services has been mostly quiet about the litigation, though lawyers representing the agency initially responded to the Mansfield lawsuit by blaming the family for the tragic M-44 incident, before walking back that position.

Still, the agency seems to be keenly aware of the rising tide of anti-cyanide-bomb sentiment. After the Mansfields traveled to Washington to meet lawmakers, the agency’s top official in Idaho sent news coverage of the visit to his colleagues, in an email obtained by the Guardian.In a separate email exchange in June 2018, a representative of the Idaho Wool Growers Association emailed the official, Todd Grimm, with a number of new clippings concerning the Mansfields.“One of the articles below is about M-44,” the wool representative wrote. “These people are driving me crazy.”“#MeToo,” Grimm replied, using the hashtag employed by opponents of sexual harassment.Public concern about Wildlife Services’ practices has been growing for years.

According to a list of incidents compiled by the environmental group Predator Defense, roughly 40 domestic pets have been killed by M-44s across the country since 2000, and numerous humans have been exposed.“M-44s are indiscriminate killers and a public safety menace,” said Brooks Fahy, the executive director of Predator Defense, who is a leading opponent of M-44s and a key ally of the Mansfields.Yet the Mansfields and their allies in the wildlife conservation community appear to be moving the needle. In response to the Pocatello incident, Wildlife Services agreed in 2017 to impose a moratorium on the use of M-44s in Idaho, and last year, Oregon became the first state in the nation to pass a law that bans M-44s within its boundaries. Conservation organizations are also suing to force an environmental review of the Pocatello Supply Depot.

In May 2019, DeFazio and Republican congressman Matt Gaetz re-introduced a bill, dubbed “Canyon’s Law”, that seeks to ban cyanide bombs nationwide. Jeff Merkley of Oregon has introduced a companion bill in the Senate.“I do not like the idea that if I am wandering on public land or my children are wandering on it or my wife, that we can stumble across and be poisoned by an exploding cyanide device or that our dog might be killed,” said Merkley. M-44s are “something that impinges on the ability of all of us who are co-owners of public lands to safely enjoy them”.Such efforts are running up against inertia – M-44s continue to be used in roughly a dozen states across the nation – and the Trump administration. In December 2019, the Environmental Protection Agency reauthorized the use of cyanide bombs nationwide. Canyon’s Law is currently stalled in Congress.

But in an era of rising environmental consciousness, many advocates feel that public sentiment is shifting away from the sort of lethal predator-control practices that Wildlife Services embodies. And public sentiment is the key to reforming such an agency. The Mansfield case, said Fahy, “was the game-changer, it was the tipping point”.Canyon Mansfield still sometimes feels sad and guilty over the loss of Kasey. He gets the occasional crippling migraine, as well as a strange numbness in his hands that he never experienced before his exposure to sodium cyanide. But, as he prepares to head to college next year, he’s certain his family will prevail.“We are going to find a way to keep [Wildlife Services] up at night,” he said, “until we get this done.”