We have 66 guests and no members online

The Foreign Office has told the husband of jailed British-Iranian dual national Nazanin Zaghari-Ratcliffe to stop publicising plans to free her on 7 March or else risk jeopardising her release from prison.

Richard Ratcliffe rejected the advice, writing on Twitter: “We continue to believe that transparency is the best form of protection from abuse. We have also made clear that the government’s role is to remind the Iranian authorities that Nazanin has the UK’s protection not to act as a messenger for the Islamic Revolutionary Guards Corps mafia tactics and suppression.”

Zaghari-Ratcliffe is under house arrest at her parents’ home in Tehran and is due to complete her five-year sentence for spying on 7 March. Last year Iran threatened to press additional charges against her, but the courts pulled back under media and diplomatic pressure and a trial was postponed.

Ratcliffe is in London with their six-year-old daughter, Gabriella. On Twitter Ratcliffe publicised the Foreign Office warnings and said: “If anything happens to Nazanin or her family or if she is not released to the UK on March 7 – there should be consequences. We will be discussing with the foreign secretary Dominic Raab his back-up plan.” 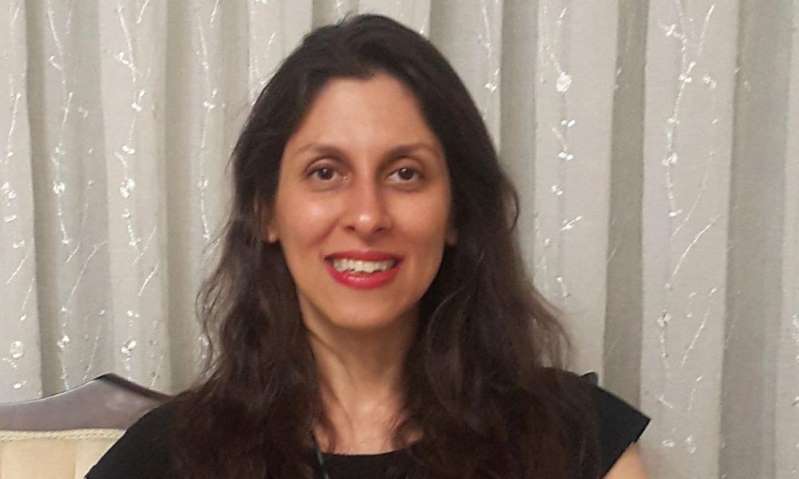 In a blistering note sent to the Foreign, Commonwealth and Development Office (FCDO) after a heated video meeting with diplomats on Friday, Ratcliffe wrote: “I do think it was a remarkable lack of judgement by the FCDO to allow itself to be enrolled in passing on IRGC [Iranian Revolutionary Guard Corps] threats to the family, and say it would be the fault of our campaigning around Nazanin’s release date if something happened to Nazanin or her family.

“I said on the call that the UK government passing on this message ‘to inform our decision making’ was enabling Iranian mafia tactics. That is not an exaggeration.

“We have discussed repeatedly the ways in which the IRGC have threatened the family, and attempted to manipulate them through insidious messages direct and through mediators.”

He claims he has been repeatedly told by FCDO ministers to be quiet, and even urged at one point to take up therapy.

Ratcliffe added: “The IRGC have an infinite capacity to spot weakness and an opportunity to manipulate – it is why the UK’s weakness on diplomatic protection is so genuinely ill advised. They sniff out every opportunity, unless you push back immediately.”

He also challenges the government to describe his wife’s capture as “state hostage taking” rather than an internal matter. “I don’t want there to be any doubt in the foreign secretary’s mind that we are approaching the time to make good on our conversations to impose a cost on hostage taking. My view is that if you won’t do it now, even when Nazanin is not released at the end of her sentence, then it is safe to presume that you never will.” he wrote.

“Either she is home at the end of her sentence, or there are consequences. Anything else is just noise.”

He said: “Nazanin-Zaghari is our current convict and she is serving her sentence, and she is yet to stand trial for another charge in her case that has been sent to the court with an indictment. The court has not yet ruled on the new case.”

He added it is against diplomatic norms to comment on our judicial cases.

The Foreign Office is concerned that highlighting the date set for her release from imprisonment is unwise since it might antagonise the regime and prompt it into pressing further charges.

Ratcliffe thinks on the other hand that Iran can respond to external pressure, and points out that the Foreign Office has afforded her the status of diplomatic protection, a legal status that is supposed to elevate her detention as a matter of dispute between the two states.

Raab said last week “we have intensified those negotiations and are leaving no stone unturned. I want to get Nazanin released, absolutely as soon as possible.”