We have 34 guests and no members online

BEIJING (AP) — Chinese rescuers have found the bodies of nine workers killed in explosions at a gold mine, raising the death toll to 10, officials said Monday.

Eleven others were rescued a day earlier after being trapped underground for two weeks at the mine in Shandong province. One person was still missing.

The cause of the accident at the mine, which was under construction, is under investigation. The explosions on Jan. 10 released 70 tons of debris that blocked a shaft, disabling elevators and trapping workers underground.

Rescuers drilled parallel shafts to send down food and nutrients and eventually bring up the survivors on Sunday. 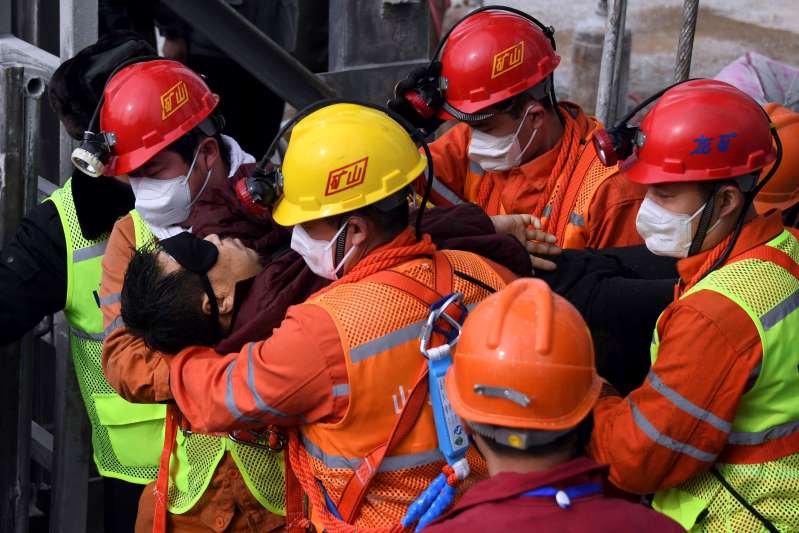 Chen Yumin, director of the rescue group, told reporters that the nine workers recovered Monday died more than 400 meters (1,320 feet) below ground. He said there had been two explosions about an hour and a half apart, with the second explosion causing more damage.

Search efforts will continue for the remaining miner until he is found, said Chen Fei, the mayor of Yantai city, where the mine is located.

“Until this worker is found, we will not give up,” he said at a news conference.

Chen and other officials involved in the rescue effort held a moment of silence for the victims, bowing their heads.

“Our hearts are deeply grieved. We express our profound condolences, and we express deep sympathies to the families of the victim,” he said.

Authorities have detained mine managers for delaying reporting the accident.

Such protracted and expensive rescue efforts are relatively new in China’s mining industry, which used to average 5,000 deaths per year.