We have 230 guests and no members online

President Donald Trump’s re-election campaign was forced to shutter a hotline it created in recent days to field allegations of voter fraud after it had become the subject of viral pranks and ridicule among critics.

The president has yet to reveal any evidence of systematic voter fraud or election rigging — claims he made long before the results of the 2020 presidential election were even announced — and the hotline did not appear to provide him much support.

By Friday, it was reported his campaign had shut down the hotline, instead encouraging Americans to send complaints of alleged voter fraud through a digital form.

The news comes as multiple law firms representing the Trump campaign abruptly withdrew from several legal challenges the president has launched in critical battleground states. President-elect Joe Biden flipped key states like Pennsylvania and Georgia, according to official projections, while securing more than the 270 electoral votes required to assume the Oval Office. 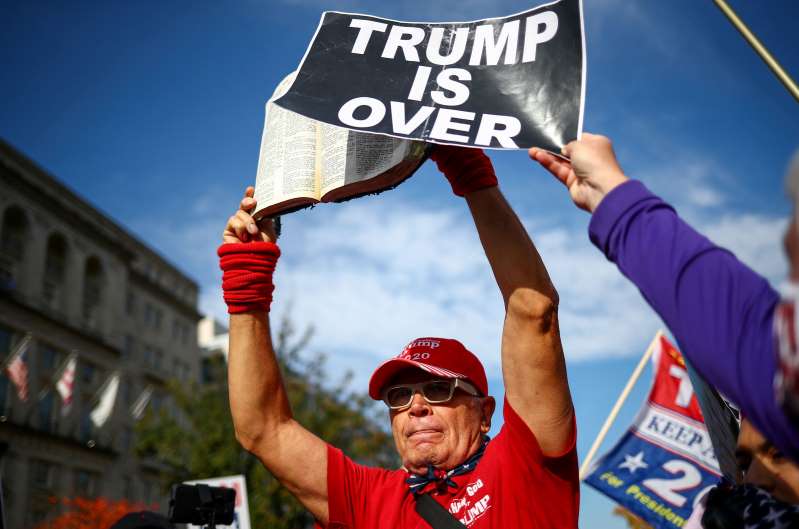 Even if the president’s attacks on the electoral process were successful in both Pennsylvania and Georgia, however, it would not overturn the results of the election. It became increasingly clear Mr Biden did not even need to win either state to maintain his victory, after having flipped Arizona according to projections announced on Thursday — the first time a Democratic presidential candidate has won the state since 1996.

To be clear, there has been no evidence made available to date of mass voter fraud, and the president has yet to win a single meaningful victory in his legal challenges.

But Mr Trump has still refused to concede, as reports indicated he was considering launching another presidential bid for 2024 — while possibly launching a digital streaming service in the meantime.

Comedians, celebrities and social media users reportedly inundated the president’s voter fraud hotline with false claims. Reporters said the hotline operators received an overwhelming number of prank calls as well as “disturbing unsolicited adult images” — with the lines so busy throughout the week that this journalist could not get through on several occasions when attempting to dial the hotline for reporting purposes.

Many teenagers on the social media platform Tik Tok were sharing videos of themselves calling the hotline with bogus claims, recording the reaction of the hotline operator and posting it to their accounts with messages mocking the president’s defeat in the elections.

With several of the president’s lawsuits already found to be frivolous by federal judges, along with the end of his voter fraud hotline and rejection by a number of firms representing his campaign, it was not clear how Mr Trump thought he could still manage to overturn the results of the election as a growing number of Republicans on Capitol Hill have urged him to concede to Mr Biden.