We have 31 guests and no members online

The distraught wife of the London boss of Russian airline Aeroflot, who was arrested in Moscow on suspicion of high treason on Wednesday, has today said she fears for his safety.

Dmitry Fedotkin, 39, who has run Aeroflot's operations in the UK for the last five years, was arrested on Wednesday after allegedly handing over state secrets to British intelligence, state media reported.

He is accused of 'betraying secret information about the socio-political situation in the Russian Federation to the British intelligence service.'

Mr Fedotkin, who could face up to 20 years in jail, denies the accusation. He has not yet been charged with a crime, local media reported.

Mr Fedotkin’s wife Liubov sobbed as she told MailOnline that she had not heard from her husband since his arrest.

Fighting back the tears, she said: 'I haven’t managed to speak to him and have been calling people in Russia to find out what’s going on. I just want him home.

'I don’t know why he was arrested. None of this makes any sense. Just thinking about it makes me worry because I fear for his safety.' 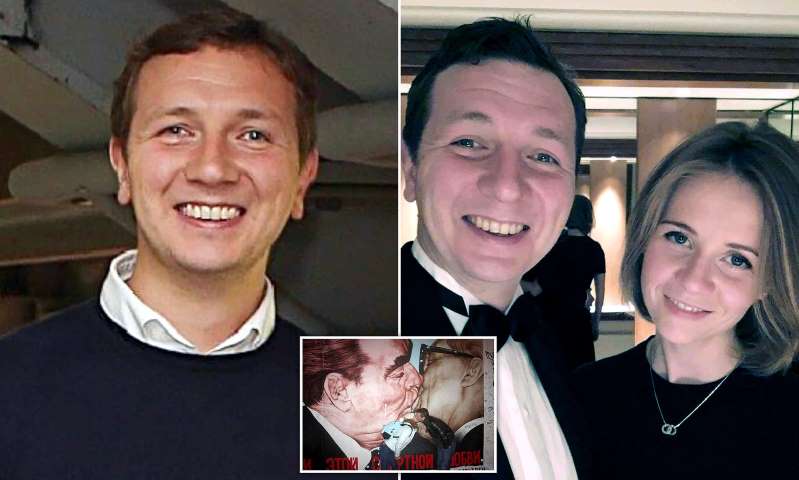 The couple live in a modest semi-detached house in South-West London, where neighbours describe them as pleasant.

Mrs Fedotkin cried: 'I want to know what’s going to happen to my husband but nobody is telling me anything. I’m sorry, but I’m too upset to say anything more.'

The married couple are thought to have one child - a son, born 2011.

Fedotkin has worked for the Russian state airline for the last 16 years, and was first posted to the UK in 2012, according to his LinkedIn profile.

He served as Country Manager for three years, before being promoted to Station Manager in 2015. He was previously posted to Israel.

Flag carrier Aeroflot said it had 'no information' on his arrest, which happened during a trip back to Moscow.

The Russian Criminal Code article on high treason concerns the sharing of information constituting a state secret by a Russian citizen with a foreign state, international or foreign organisation.

Fedotkin has been ordered to remain in jail at Moscow's Lefortovo Court for two months in connection with the high treason case.

If convicted he faces up to 20 years in jail.

No details have been disclosed about the precise allegations against him.

Announcing the two month period of pretrial detention, court spokesperson Darya Rozmakhova said a judge had 'ruled to impose a restrictive measure in the form of arrest until January 10, 2021 on Dmitry Andreyevich Fedotov.'

Fedotkin was well-known to regular passengers on the London-Moscow route.

An image shows the pair kissing beneath a Soviet-era poster showing a 'fraternal kiss' between USSR leader Leionid Brezhnev and his East German counterpart Erich Honecker.

Fedotkin has worked for Aeroflot for 16 years and his CV shows he was previously posted in Cyprus.

He graduated from Moscow State Technical University of Civil Aviation in 2004 with an engineering degree as a specialist in transport radio equipment.