Strange “sprites” or “elves” have been seen on Jupiter from Nasa’s Juno mission.

It is the first time such events have ever been seen on another world, Nasa says.

The lights on the solar system’s largest planets were predicted by scientists, who thought that they would be observed in Jupiter’s liquid-like atmosphere.

They were discovered by scientists who were working with the ultraviolet spectrograph instrument on Juno, a space probe orbiting the planet.

"UVS was designed to characterize Jupiter's beautiful northern and southern lights," said Giles, a Juno scientist and the lead author of the paper.

"But we discovered UVS images that not only showed Jovian aurora, but also a bright flash of UV light over in the corner where it wasn't supposed to be. The more our team looked into it, the more we realized Juno may have detected a TLE on Jupiter." 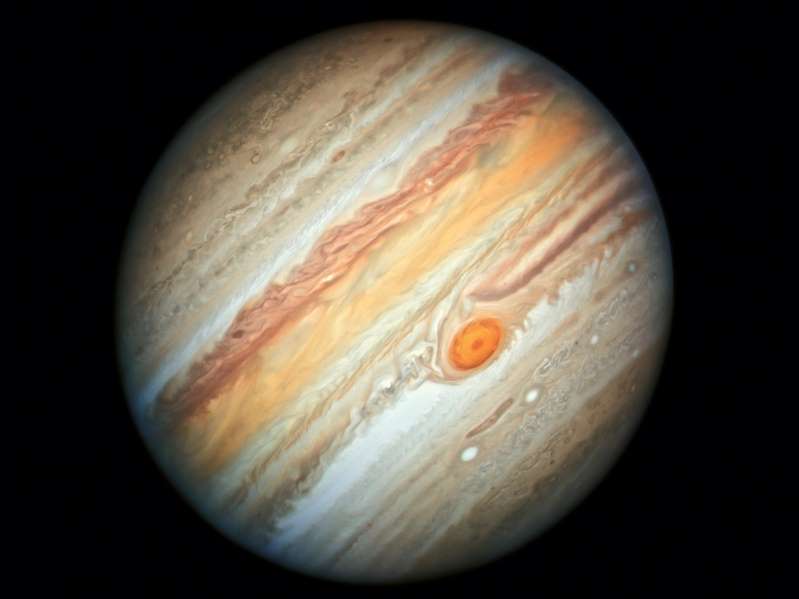 A “sprite” is a transient light event triggered by lightning discharges from thunderstorms below it.

On Earth, they only last for a few milliseconds, distinguishable by a central light with long tendrils both reaching towards the ground and upwards towards the sky.

Meanwhile “elves”, which is short for Emission of Light and Very Low Frequency perturbations due to Electromagnetic Pulse Sources, look like a flattened disk, and are found in the upper atmosphere.

While they are equally ephemeral, they can grow to sizes of 320 kilometers across on Earth.

"On Earth, sprites and elves appear reddish in colour due to their interaction with nitrogen in the upper atmosphere," said Giles.

"But on Jupiter, the upper atmosphere mostly consists of hydrogen, so they would likely appear either blue or pink."

These events could have been simply huge bolts of lightning, but scientists quickly ruled out that possibility; the lights were found 300 kilometers) above the altitude of Jupiter’s water-cloud layer, where where the majority of the planet’s lightning is formed.

Moreover, the spectrograph recorded that the bright flashes were dominated by hydrogen emissions.

"We're continuing to look for more telltale signs of elves and sprites every time Juno does a science pass," said Giles.

"Now that we know what we are looking for, it will be easier to find them at Jupiter and on other planets. And comparing sprites and elves from Jupiter with those here on Earth will help us better understand electrical activity in planetary atmospheres."

The findings were published on 27 October, in the Journal of Geophysical Research: Planets.

In 2016, the Juno mission broke records by orbiting closer to the giant planet than any man-made object before it.

It has brought back information on Jupiter’s huge storms giving scientists crucial data “Jovian lightning” that revealed they are even more similar to Earth’s thunderstorms than previously thought.